When Justin Abrams arrived in Manning about a month ago, he had a car full of belongings, no cell service and no place to live.

So he walked around the city and started talking to people, borrowing landlines and hoping for the best.

Before long, he was set, but the small-town assistance wasn’t too much of a surprise for the New York City native — he’d experienced his first taste of that several years before at Colby-Sawyer College, in a small New Hampshire town, when a stranger said “good morning” to him while he was walking to the gym.

“I did a double take,” he said. “I’d never experienced that. If someone said ‘good morning’ to me in Manhattan, I’d think they were crazy.”

Abrams, 28, is spending at least a year in Manning to help conduct a community health-needs assessment — a survey pinpointing health needs in Carroll County. After the survey is completed, he will help implement education, programs, activities and events responding to those needs. He was placed with the Manning Regional Healthcare Center through AmeriCorps, a national community-service organization, and his position is in partnership with the Iowa’s Healthiest State Initiative and Drake University.

This is the second time the survey has been completed in Manning — the first was in 2013. It pinpoints concerns or needs such as obesity, cancer and chronic conditions and improvements residents would like to see in the county’s health care.

Abrams hopes to expand the survey this year.

The placement in Manning allowed Abrams to explore another interest — health care, which also fits into his emergency medical technician training.

“I took my EMT course (as a park ranger) and became enthralled by it,” Abrams said. “I loved anatomy and physiology. I wanted to explore helping people and being there for people.”

Abrams grew up in New York City and Massachusetts. He graduated with a bachelor’s degree in environmental studies and law and policy from Green Mountain College in Vermont in 2013, after studying for a time at Colby-Sawyer College and then sampling culinary school.

He’s worked as a park ranger in Massachusetts and a seasonal laborer for a conservation and recreation department. He also completed an internship doing fish biology fieldwork.

“I’ve always like the outdoors,” he said. “My mom was the source of it all — she was the one who took me outside, hiking and exploring. I love the protection of natural resources.”

Abrams has traveled to London and Italy and throughout the U.S. He’s a big skier.

This is far from the first time Abrams packed up his car and headed to a totally new, unfamiliar place. He’s worked in Colorado and Santa Fe and completed law-enforcement ranger academy in Windsor, California. On one trip, he visited five national parks.

Since he arrived, Abrams has worked to build connections throughout Manning and the county and to perfect the updated survey, which will be released within the next month or so.

He’s already thinking about programs he can help implement, including organized bike rides, runs, hikes or walks — for instance, “Walk to Work Wednesday” — and a smartphone health app. Winter won’t be a time to slow down, he said — there are sledding and snowball fights to be had.

Getting people outside is key, he said.

AmeriCorps placed Abrams in Manning for a year, but he’d love to stay longer.

For all he knows, he might become a farmer.

He joked, “I might be the only organic farmer around, but…”

For this NYC implant, rural Iowa has just the right feel. 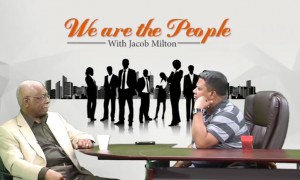